The second month of the 12 Month HOPP is over! And it went so much better than we could have hoped for!

Throughout the month of June we collected donations of clothes, toys, and bathroom supplies. We’ve received over 30 bags and boxes of donations and we are currently separating them into different categories so that we can take them to their locations. Thank you so so much to the people that helped us sort and move stuff, we couldn’t be more grateful to you guys! 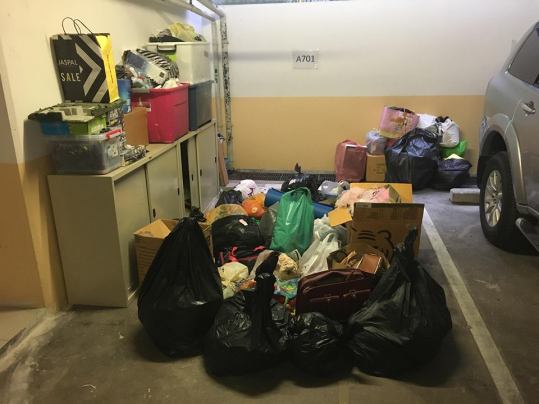 We are taking women’s clothes to NightLight International and Second Chance Bangkok. Kids toys are going to an organization that helps kids in the slums. Kids clothes are going towards kids that are being held in the Immigration Detention Center and towards an underprivileged school in Bangkok. Men’s clothes will go towards men in the Immigration Detention Center. We were also given a lamp and a few game consoles and video games, which we are finding places for as well.

We want to say a huge thank you to everyone who donated. We know that you took time out of your schedule to do this, and that means so much to us and the people that the stuff will be going to. So, thank you so so so much for everything!

For July, we are focusing on raising awareness and support for the poorer communities here in Bangkok, often known as slum communities. We’ll post more about what we’re doing and who we’re working with in a separate post to this.

1 thought on “The June HOPP – Overview”